“We either become victorious or martyrs but the clanging sound of our swords will be heard for thousands of years.”

The dialogues and scripting in this series deserve to be written in golden letters. The epic, Diriliş: Ertuğrul is a series re-running around the world via Netflix with translations into 39 different languages, crossing the language barriers, and has taken Pakistan by storm. The series portrays a Turkish tribesman’s journey who belonged to the Kayi tribe, from being a common nomad fighter to an instrumental element in establishing the great Ottoman Empire. He gallantly fights an array of pugnacious Crusaders, Templars, Byzantines and Mongols. Throughout the series, Ertuğrul, played by Engin Altan Düzyatan, glorifies valour and bravery, but also warmth and tenderness in defeating both the internal and external enemies to ensure peace and amity with utter law and justice.

Although this isn’t the first time a Turkish drama is entertaining Pakistanis, others, such as Mera Sultan (My Sultan), Ishq e Mamnu (Forbidden Love) and Fatmagul have been major hits, but Ertuğrul generated unprecedented interest. This action drama was originally aired on Turkish TV from 2014 to 2019 for a mammoth five-season. The show was hailed by Turkey’s democratic valiant president Erdoğan, and was subsequently reviled in the wider Muslim world.

Ertuğrul became the most-watched series after being broadcasted on the state-run Pakistan Television (PTV) and has been dubbed the ‘Muslim’s Game of Throne’. Since then, Ertuğrul’s military conquests, family dilemmas and religious convictions have become all the rage on social media. People are sharing memes and the dialogues have become a part of Pakistan’s cultural lexicon.

A load of the web-savvy is going crazy for its cast and characters. Ertuğrul’s statue has recently been erected in Lahore and there are demands by the locals to name a square after him. Interestingly, Pakistan’s Prime Minister Imran Khan, in a video tweet, insisted everyone to watch the series because he regards the Turkish historical dramas as the representatives of Pakistani culture too.

‘Well, what is there to learn from a show that is mostly a figment of a script writer’s imagination?’

They exhibit so-called ‘manly’ attributes like strength, individuality, and are not overshadowed by the male counterparts. For instance, Ertuğrul’s mother, Hayme Ana, takes the lead in times of war and continues to support the tribal heads as a second command.

Else, Halime Hatun, Ertuğrul’s wife whose entry as the First Lady showcases a strong leadership while taking care of ration distribution and nursing the injured, contrary to the depiction of first ladies in the 21st century who are merely complementing the male leaders as subservient eye candy.

Apart from uncliched gender portrayals in Ertuğrul, this scenario also can be seen in Hollywood that places race at the center of its movies. Due to the racial discrimination in the 19th and early 20th centuries, Hollywood tended to avoid using African-American casts. Hollywood, nonetheless has shown an interest in recent years to bank more heavily on African-American actors and themes.

For instance, the much-anticipated film, Black Panther becomes a moment of special significance for black Marvel fans, who almost have never seen a hero on the screen that looks like them. They no longer watch black superheroes being introduced for a brief moment only to be the first to die, such that happens to Darwin, an African-American mutant being killed off within minutes of his introduction in the 2011 X-Men First Class.

Additionally, the lack of Muslim-made historical movies brings about the dominancy of perspectives misrepresented by the Westerners about the Muslims’ heroes. Now, this Turkish series has initiated to deliver a more accurate and true face of Islamism. While the Pakistani government has lauded the series, it also received widespread criticism for its violent content.

Although during the medieval age, such punishments of beheading and torture were normal as portrayed in current historical fictions too with intense swords and axe battle scenes, excessive ruthless killing, and ways of merciless torture in Vikings, Game of Thrones, and The Bastard Executioner.

The series also faced nit-picking backlash by Saudi Arabia, United Arab Emirates, and Egypt with a statement released by Egypt’s official fatwa organization mentioning Dirilis: Ertuğrul that it should not be watched, accusing Turkey of using its cultural exports for supremacy over the Middle East.

Turkey and Pakistan are working on joint TV series

With this success, Pakistan’s government and film industry representatives have discussed the making of a new series in collaboration with Turkey.

The proposed project is a story mainly focused on the life events of Abdur Rehman Peshawari, born in Peshawar in 1866 in the opulent Samdani family, who bids goodbye to his studies in order to participate in the Balkan War to save the Ottoman Empire of Turkey.

Dubbed as ‘Lala Turki’, where ‘Lala’ from the Pashto language means ‘elder brother’. The expected release will be in the year 2023, on the eve of 100 years of independence of Turkey. 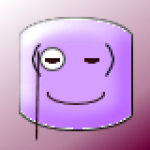